Success story, Nyempongo: “The spring has saved the life of my community”! 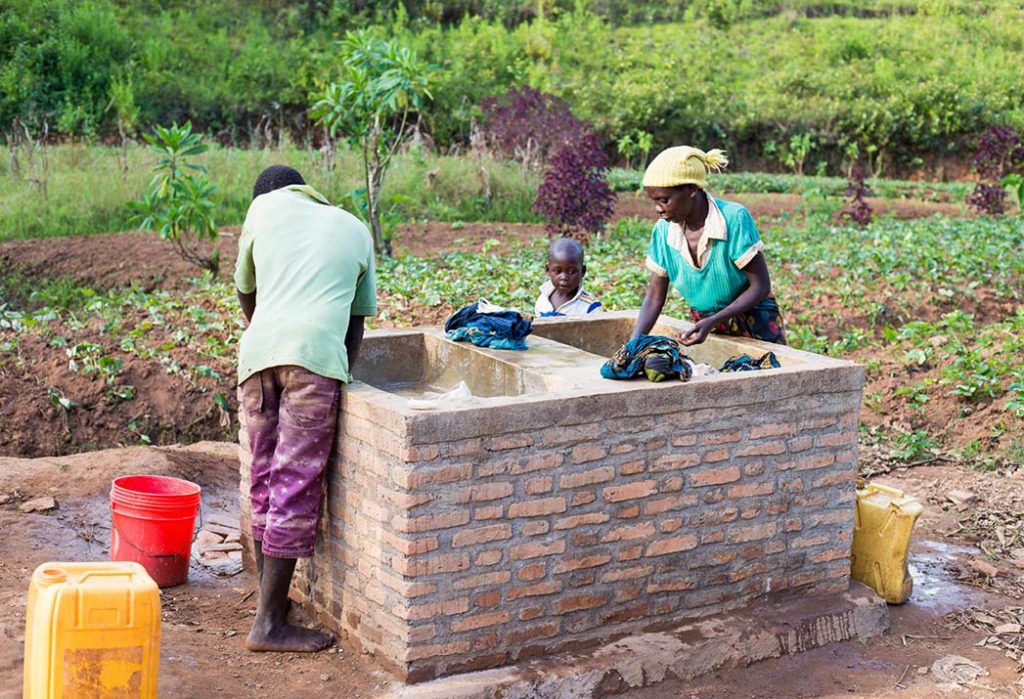 She has been living in the Mungwa zone of the Gitega Province for almost 15 years in the Batwa Community at Butamuheba Hill. She is Mrs. NYEMPONGO Monique, a sexagenarian with five children.  This mother has agreed to share with us one aspect of her daily life: drawing water.

As a hard-working mother, Mrs. NYEMPONGO remembers that since she lived in the locality, her family (Batwa community) and their neighbors used to draw water from undeveloped sources or simply from water currents. At the time, diseases of dirty hands were rampant.  Mrs. NYEMPONGO drew water from a water source that did not have the usual piping. This infrastructure, although undeveloped, served the population,” Ms. NYEMPONGO said. While it served the population, it was also the source of many diseases. Ms. NYEMPONGO recalls that her son almost lost his life because of the dirty water he consumed. And, she points out, many Batwa children died because of the lack of hygiene and the consumption of dirty water. The improbable quality of the water was not the only concern of NYEMPONGO and its neighbors.

The queue! Indeed, according to Mrs. NYEMPONGO, the low flow of the spring caused long queues of women and children at the spring, creating tensions. Everyone wanted to be served first to get home early.She, as well as other members of her Batwa community, should stay away because others insulted and discriminated against them. They had no choice sometimes; they would have to go to a river, or a stream. Ms. NYEMPONGO said that the construction of the spring that Iprosarude had built with funding from the Segal Family Foundation came at the right time. It’s the first time in her nearly 15 years of living in Butamuheba that she and her neighbors have not had to worry about clean drinking water.

Moreover, thanks to Iprosarude’s Community Health program, the maintenance of this source is not a problem because the program has set up a management committee. As a member of this committee, Mrs. NYEMPONGO and her colleagues ensure the proper functioning of their water source on a daily basis. And to ensure a long life for this source, awareness meetings are organized for the beneficiaries and users of the source by a management committee chosen locally.All these activities are part of the “Community Health” program, set up by Iprosarude for the well-being of the community.