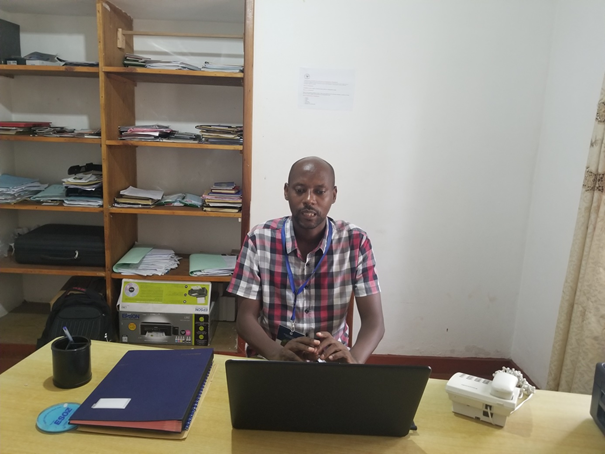 Cervical cancer is one of the most common gynecological cancers and in more than 70% of cases; it is related to a sexually transmitted viral infection that is very common among women. The Association Initiative for the Promotion of Rural Health and Development (Iprosarude) has taken the initiative to raise awareness and provide care in its Espoir clinic in Gitega.

In an exclusive interview broadcasted on Humuriza radio in Gitega on Saturday, March 27, 2021, Dr. Jean Pierre Ndayirukiye, Executive Director of Iprosarude and expert in the diagnosis and management of cervical cancer announced the results of cervical cancer screening already carried out in the province of Gitega which show that this cancer is a reality in Burundi.  With the project mounted jointly with the commune of Gitega, out of 537 women screened, more than 184 women have precancerous lesions.

The sexually transmitted viral infection infects the cervix in a permanent and lasting way. Over time, it causes precancerous lesions. The transformation of precancerous lesions into cancer takes several years (sometimes more than a decade); hence the importance of early detection. “The earlier an abnormality is detected, the better it is treated. Adds Dr. Jean Pierre.

Iprosarude, in partnership with the commune of Gitega, is working to alert the population to the existence of cervical cancer.  Campaigns are thus organized to draw the attention of the government and its partners to the need to strengthen policies and put in place inclusive reproductive health programs that integrate the prevention and management of gynecological cancers.

Dr. Jean Pierre Ndayirukiye urges women aged 25 to 60 to go for regular screening without waiting for warning signs. “Some women decide to consult health workers when they notice the first symptoms such as bleeding or pain during sexual relations. »Yet the purpose of screening is to identify abnormal changes in the cervix and treat them before they become cancerous. This helps prevent cancer from developing.

In the same vein, he emphasized that screening for lesions is the best way to fight cervical cancer, especially in countries like Burundi where vaccination and care resources are limited. “While cervical cancer can be prevented through screening, proven cancer is more difficult to treat and, in most cases, ends up killing the woman.