The fight against pregnancy in schools, a priority for Iprosarude in the province of Gitega 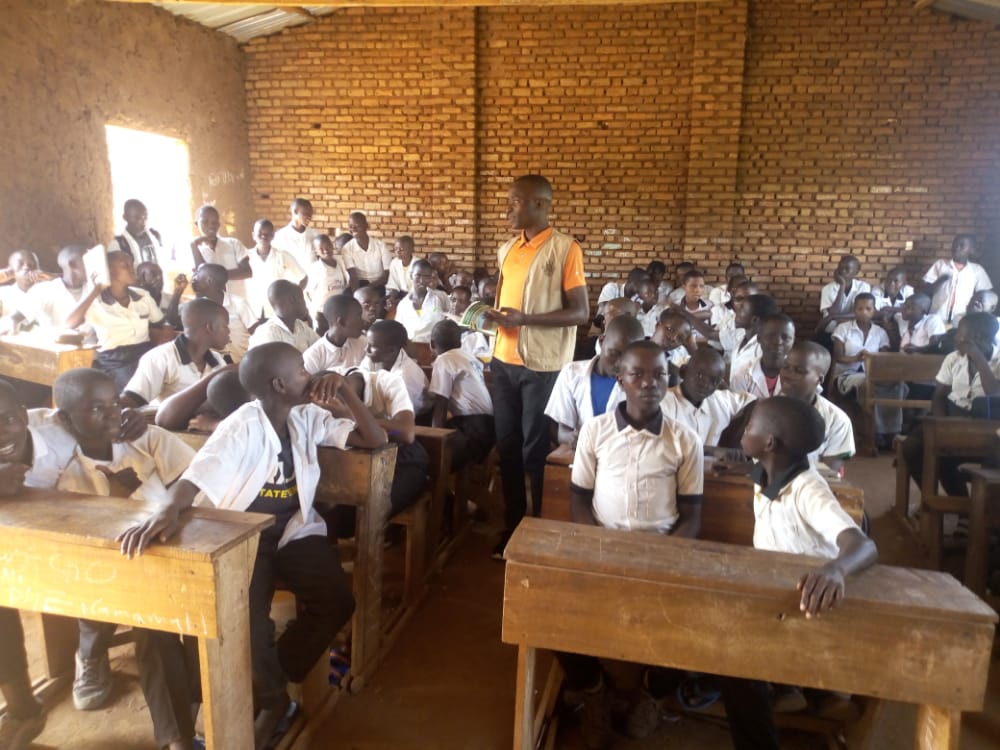 The team of the Ministry of National Education and Scientific Research, General Directorate of Basic and Post Basic Education released on May 13, 2021, the 2018-2019 statistical data on pregnancies in schools.

It is noted that overall, in terms of pregnancies in schools, certainly there is a decline, but it is very slight. The report of the last school year presented by the services of the Ministry of Education does not reveal a fundamental difference. Pregnancy in schools remains a problem and a reality in Burundi.

In the post-basic school, Kayanza province beats the record with 103 cases of pregnancies, followed by Ngozi province with 85 cases, Muyinga 77 cases, Gitega 74 cases, Rumonge 56 cases as well as the province of Bururi with 51 cases of pregnancies recorded during the said school year, according to the same data from the Ministry.

As can be seen, much remains to be done to eradicate this phenomenon, which causes many students to drop out of school or to fall behind in their academic progress. The Ministry and its partners are called upon to redouble their efforts against this phenomenon.

The actions of the actors of the educational system alone are not sufficient to considerably reduce the rate of pregnancy in schools in Burundi.

Aware of this, the non-profit organization IPROSARUDE (Initiative for the Promotion of Rural Health and Development) has mobilized its well-trained volunteers for an awareness campaign in schools and communities against school pregnancy.

Organized around the theme “Reducing early or unwanted pregnancies and all forms of violence in schools: Role and responsibilities of young leaders in basic and post-basic schools”, this campaign aims, according to Dr. Joseph Bigirimana, Legal Representative of Iproarude, to considerably reduce the rate of unwanted pregnancies in schools in the targeted provinces, Kayanza and Gitega. The main objective is to fight against school dropouts and wastage in order to contribute to the education of adolescents and young people in schools to master and control their sexuality for their own development.

These IPROSARUDE volunteers were on the one hand informed about these scourges so that they become aware of the important role they have to play in order to work towards their eradication. On the other hand, they were introduced to the techniques of mass sensitization and to the fields of the better world (how to concretize an idea and make the world better).

Putting their money where their mouth is, they carry out awareness activities on the scourges of early pregnancy and sexual and gender-based violence.

This awareness campaign began on May 17, 2021 and will continue until the next school year. During the vacations, these young people will be sensitized in the communities. Awareness sessions for young people on the danger of pregnancy in schools are also planned at the HUB-IPROSARUDE in GITEGA.