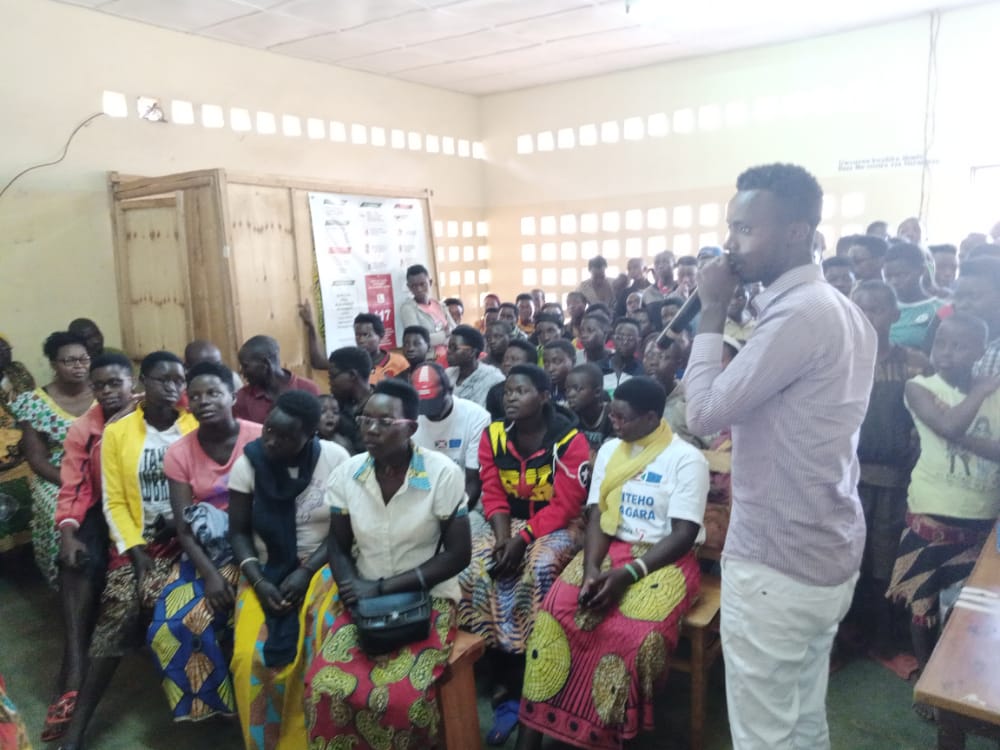 During the July-August 2021 vacations, IPROSARUDE has organized a training program for young people on vacation in the province of Gitega. Training sessions on entrepreneurship, nutrition, introduction to computers, law and sexual and reproductive health of young people, first aid training, are on the program in its training, information and research center – HUB-IPROSARUDE in Gitega.

Distractions are legion during the vacations. In Gitega, the country’s second largest city and political capital, the context is marked by open-air bars, music galore, movies and idle spaces known as “ligalas. Many parents fear for their children.

One of the supervisors and trainer for this activity, reassured that the children welcomed for the supervision, instead of wasting time, will benefit from some useful lessons for their future and for the welfare of society.

Trainers in first aid are available to initiate these young people to the gestures that save. This will be an asset for the families of these students as they will be able to help in case of need. Educational sessions are also planned on different themes such as sensitization on chronic diseases, sexual and gender-based violence, cooking, and introduction to computers.

Euphraise Mananiyo, a mother whose children benefit from this support, is delighted with the help provided by the HUB-IPROSARUDE because, according to her, waking up every day from Monday to Friday to go to work, she would not be able to support her children as usefully.

In addition to the physical HUB-IPROSARUDE located in Gitega, IPROSARUDE has created a virtual HUB. It is enough to go through Play store in all Androids phones and download the Magara++ application.