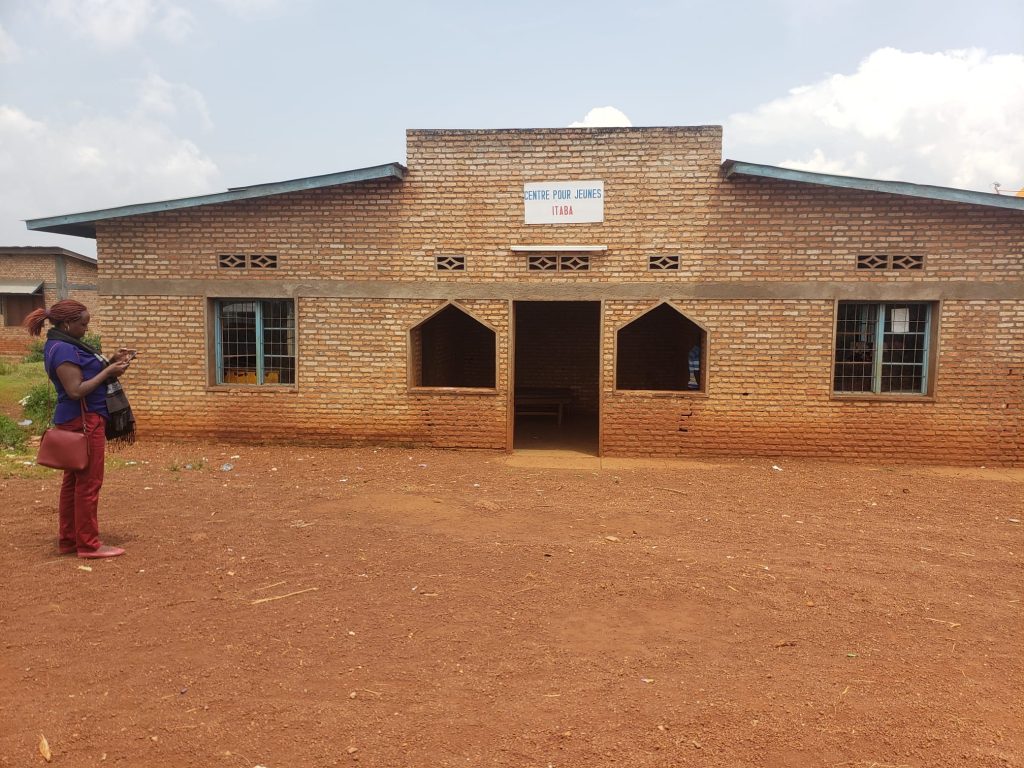 To face the challenge of job creation for the youth attending the Itaba youth center ,   the committee of the center has decided to launch training sessions in entrepreneurship for young people in school and out of school.  After that, the committee intends to gradually establish partnerships with microfinance institutions, in order to offer young entrepreneurs financial services (credit and savings) coupled with non-financial services (training, financial education, business management consulting, monitoring and support), allowing them to optimize the use of the credits they obtain. These words were spoken by Mr. Eric Ntirampeba, president of the Itaba youth center, during the field visit of an IPROSARUDE team in the framework of the Tubakarorero project on January 20, 2022.

Mr. Ntirampeba thanked the initiators of the Tubakarorero project which comes at the right time. According to him, the youth centers focused only on culture and sports: traditional dances, modern dances, games competitions, … However, young people aged 18-35 years represent a significant source of employment. A large majority of them need financing and entrepreneurial training in order to develop their activity, access the market and attract investors. However, since banks target large companies and microfinance institutions (MFIs) finance microentrepreneurs, young people are often neglected, particularly because of the risk they represent.

“This is why the Itaba Youth Center is ready to take off with multiple entrepreneurship training sessions in the near future,” continued Mr. Ntirampe,  to fill this funding gap and facilitate market access for the youth supported by the Tubakarorero project.

Claudine Mufafara, in charge of monitoring and evaluation at IPROSARUDE (Initiative for the Promotion of Rural Health and Development), encouraged the ITABA youth center committee for these innovative ideas. She urged the committee not to forget to integrate other themes with high community impact within the Itaba youth center, including sexual and reproductive health of youth and adolescents to address unwanted pregnancies in schools, the fight against sexual and gender-based violence, which are also components of the Tubakarorero project.

It is reported that the Tubakarorero project is implemented by IPROSARUDE under the funding of Care International in Burundi and the Embassy of the Netherlands in Burundi.