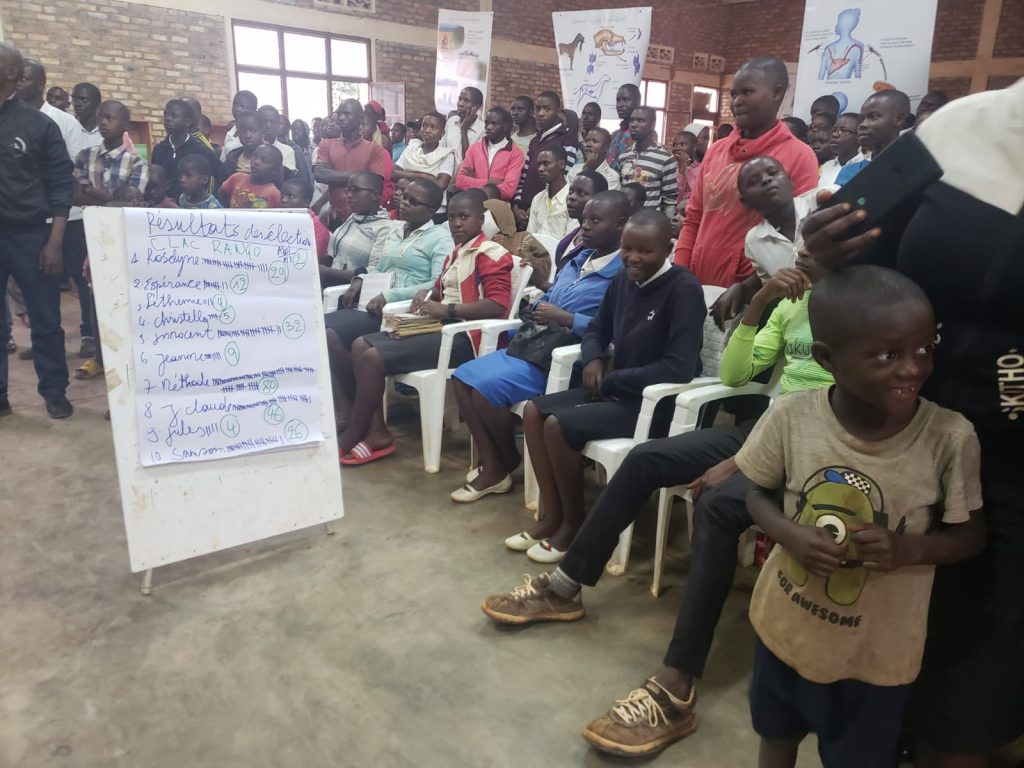 Within the framework of the Tubakarorero project, the association Iprosarude (Initiative for the Promotion of Rural Health and Development) proceeded from February 21 to 26 to the elections of the young volunteers who will support the management committees of the youth centers and CLAC (Center for Reading and Cultural Animation) in all the project’s intervention zones. The said elections were held in a transparent manner, in the presence of representatives of the local administration and the local communities. The young volunteers set up by the young people themselves have committed themselves to carrying out their mission well. They will be largely responsible for monitoring the facilities and facilitating their use to other young people who attend the youth centers and CLAC. Among the young volunteers elected in all provinces, at least 47% are girls.

Many Burundian youth volunteer for the welfare of their community. Monsignor Guy Florian, a coach in Kayanza province within the framework of the Tubakarorero project, recalled that “youth is one of the fundamental components of society and should be used as a constructive force. Indeed, young people under 25 years of age represent more than 65% of the population of Burundi. A force that must be well supervised if we want to avoid having a negative impact. In this sense, the deployment of these young volunteers in the youth centers to support the management committees is timely. They will be in charge of monitoring and maintaining the equipment put in the said centers and CLACs.

According to Jean Rumbira, Tubakarorero project manager within Iprosarude, the commitment of these young volunteers will be valued as professional experience, and afterwards they will be able to help the young people who attend the youth centers and CLACs; this will increase the chances for young people to acquire knowledge.

All the members of the local administration who were present thanked the initiators of the Tubakarorero project because the youth of their locality will be well equipped and well supervised. “Especially during the vacations, the administration had difficulties in supervising the youth. But with the tools that will be deployed by CARE and Library Without Borders, training and information will be easily provided on Sexual and Reproductive Health of Youth and Adolescents and entrepreneurship. These well-equipped youth centers and CLACs will really help young people stay healthy and intellectually active. Thank you to Care International and its donors, and thank you also to Iprosarude which spares no effort to remain close to the communities,” said Mr. Benoît Ndayizeye, the administrator of the Muhanga commune, Kayanza province.