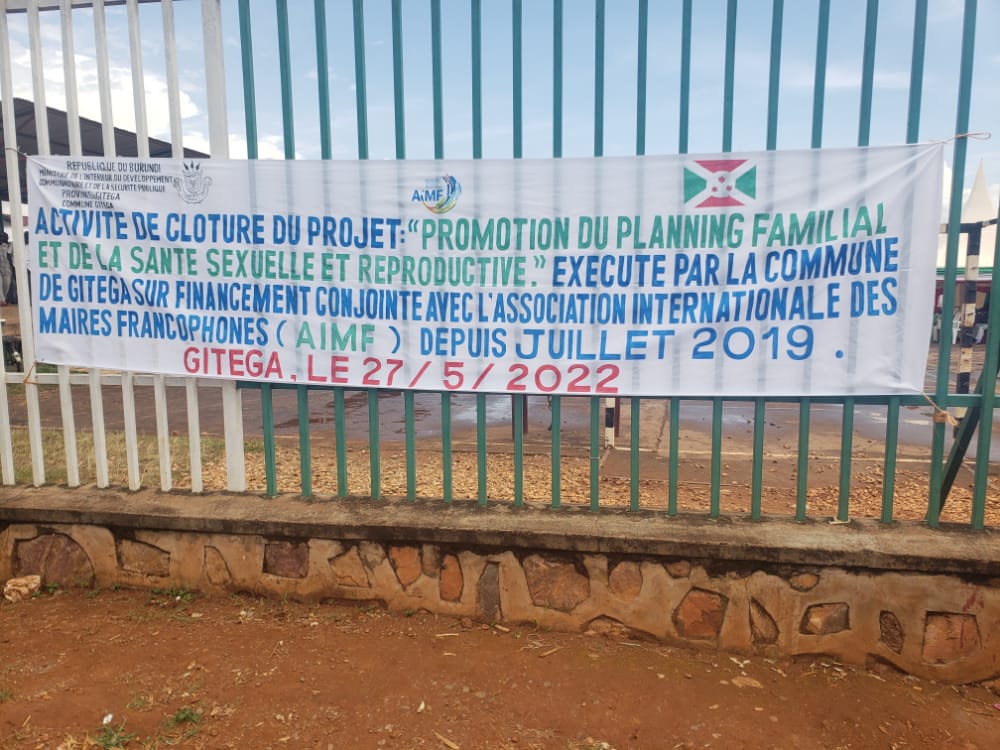 “Women aged 25 years and above, called to do an early screening of cervical cancer”, according to Dr. Jean Pierre Ndayirukiye, Executive Director at Iprosarude

The commune of Gitega organized on Saturday May 27, 2022, a closing ceremony of the project: “Promotion of family planning and sexual and reproductive health”. This project was executed by the commune of Gitega on joint funding with the International Association of Francophone Mayors since July 2019.

In this project, particular emphasis was placed on cervical cancer. It is within this framework that the commune of Gitega has requested the support of the association Iprosarude for its experience in community mobilization and management of positive cases of cervical cancer within its polyclinic Espoir de Gitega.

Thus, Iprosarude has spared no effort to appeal to women aged 25 years and above to do an early screening of cervical cancer.

During these ceremonies, Dr. Jean Pierre Ndayirukiye, Executive Director of Iprosarude and specialist in the management of cervical cancer cases, indicated that this pathology is more frequent in women aged 25 and over and that it is the first cause of death among women suffering from cancer worldwide and the second cause of death in Burundi after breast cancer. Cervical cancer is caused by a virus called “Human Papilloma Virus” (HPV) and its transmission is through genital intercourse.

In this project in the commune of Gitega, Iprosarude contributed in the sensitization but also the screening was done within the polyclinic Espoir of Gitega, created by the said association.

Dr. Jacques Nduwimana, Gitega’s communal administrator, in his speech, thanked Iprosarude for its involvement in the fight against cervical cancer.

“We say a big thank you to Iprosarude who agreed to collaborate with our commune in this battle against this cancer that kills women slowly. You have contributed enormously in the screening and treatment of confirmed cases and you have done so free of charge. You contribute enormously in the development of our commune and our country”. Said the local administrator.

He pointed out that out of 209 women screened at the Iprosarude polyclinic, 77 had pre-cancerous lesions and were treated and the follow-up continues.