Iprosarude, working on screening and management of cervical cancer cases in Gitega 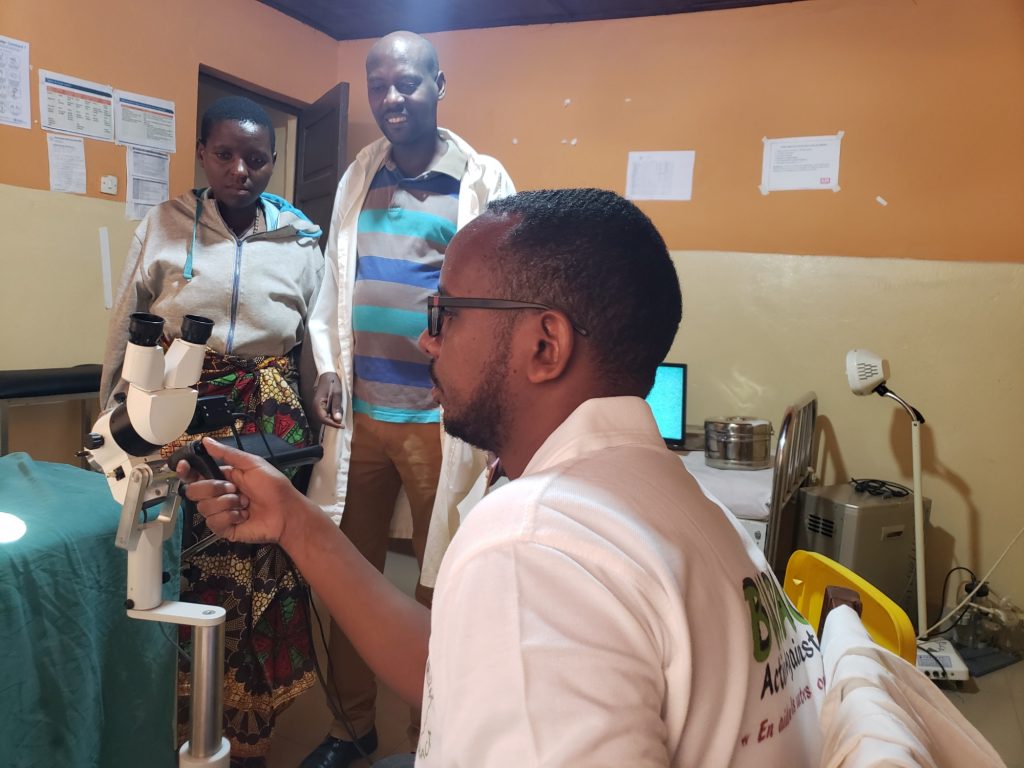 According to Dr. Axel Intungane, a specialist in cervical cancer screening and management, many people neglect this cancer but it is more dangerous than we think.

“Cervical cancer is a disease of the cells of the cervix, the lowest and narrowest part of the uterus. This cancer develops from an initially normal cell that changes and multiplies uncontrollably to form a mass called a malignant tumor. Over time, and if left untreated, the tumor grows and may spread to nearby tissues or organs. Cancer cells may break off and migrate to other tissues or organs where they form new tumors, called metastases. With new cases every year, cervical cancer is one of the most dangerous diseases for women. However, a large number of cases are curable. It results most often (70% of cases) of a persistent genital infection by widespread viruses called HPV (human papillomavirus) that are transmitted during sexual intercourse and against which there is a vaccine.  Reminded Dr. Axel.   He nevertheless hammered that this vaccination does not replace a regular screening by smear.

Women from all the communes of the province of Gitega and provinces near Gitega, Karusi, responded massively to the call for screening at the polyclinic Espoir de Gitega, set up by the association Iprosarude.

Out of 94 women screened, with 9 cases of colonoscopy test, 2 cases were found to be positive for cervical cancer, 11 cases positive for sexually transmitted infections and 6 cases of polyps. The screened women expressed their gratitude by thanking Iprosarude for its dedication to the improvement of health in general and in particular of rural women.

“My name is Mpitabakana Leocadie, I come from Karusi province, Bugenyuzi commune. I heard the announcement at the church and I asked where the polyclinic Espoir de Gitega of Iprosarude was located because the announcement stated that it would be free. I walked for 6 hours to get here. I just saw the doctor and he told me that I was starting to develop cervical cancer. He reassured me that I will be cured in a short time. I am very reassured. Thank you to this initiative of iprosarude, otherwise I would not have had the money to be treated. I call on other women to do early detection of cervical cancer because it really exists,” said Ms. Mpitabakana Leocadie after her screening at the polyclinic Espoir in Gitega.

All hospitals should set up a service dedicated to cervical cancer screening because there are cheaper methods, according to Dr. Axel.

He recalled that the factors that contribute to the increase of cervical cancer cases are early sexual intercourse among young girls under 18 years, multiple pregnancies, multiple sexual partners, chronic smoking, chronic alcoholism to name a few.