A delegation from the Dutch Embassy visits the SDSAJ in Rutegama 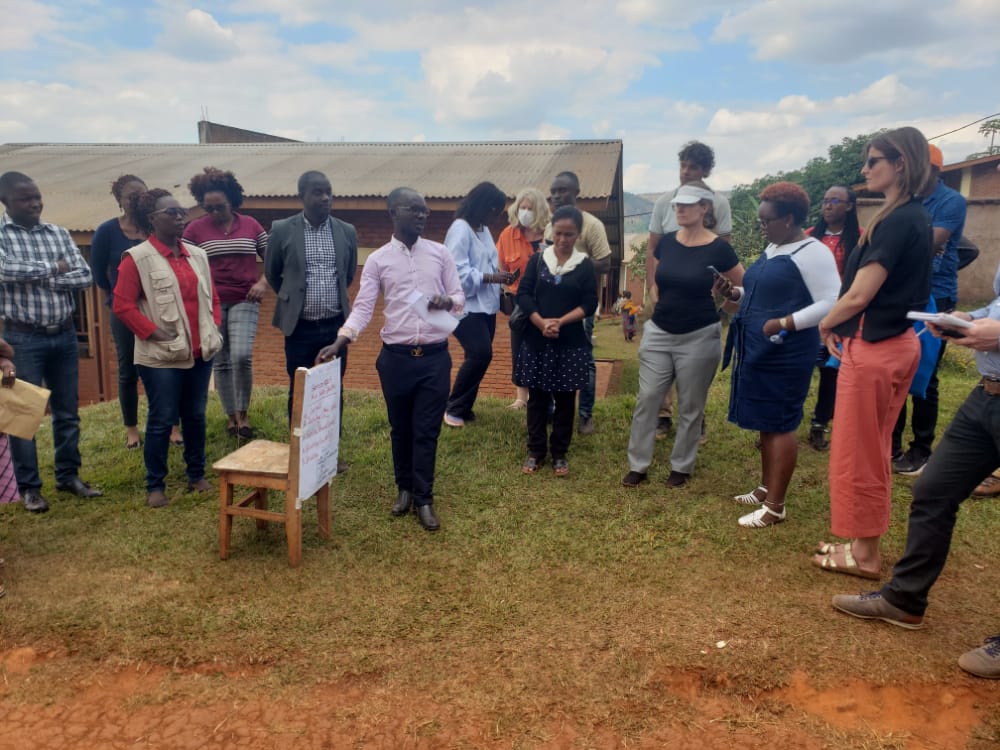 A delegation from the Embassy of the Netherlands in Burundi visited on Tuesday, June 20, 2022 in the province of Gitega to learn about the achievements of the joint program Menyumenyeshe, implemented by the consortium Care, UNFPA, Cordaid and Rutgers. This program focuses on three sectors of the direct environment of young people: schools, communities, and health centers in all communes of the country. The “Friends of Youth” health center is the core of the program. The Dutch Embassy team visited the model youth-friendly health center in Rutegama, followed by Iprosarude, the implementing organization of the joint Menyumenyeshe program on the side of care International Burundi in Gitega.

As Dr. Jacqueline Nintunze, Team Leader of the joint program within Care International Burundi, pointed out, the Amis des Jeunes health center in Rutegama is a model center because this SDS is controlled by a religious denomination of the Living Protestant Church. It took Care and its implementing organization IPRODARUDE to develop strategies to get these religious leaders to accept a sexual and reproductive health project, since they are reluctant to accept these types of projects.

According to the testimonies of the beneficiaries of this program, the impact is very considerable. “This program has opened our eyes and we have been able to understand that we need to limit births and, above all, to promote communication between parents and children on sexual and reproductive health issues, which we previously considered taboo.  We were in a bad position before the advent of this program. exclaimed Ms. Concilie Nimpaye, one of the parents whose children participated in the school health clubs that the joint program established in the schools.

The reproductive health of young people and teenagers has been significantly improved and unwanted pregnancies have been reduced in the school, which has improved the success rate, according to the Director of the Rutegama Basic School.  Reported Mrs. Kaneza Gualine, Director of the Basic School of Rutegama

It has also helped to increase the accessibility and quality of health services, including sexual and reproductive health, and to respond to the specific needs of young people and adolescents who attend the youth-friendly health center of Rutegama, said Dr. Nshimirimana Didace, head of the Rutegama SDSAJ.  Within this SDSAJ, the services offered to youth and adolescents are among others: counseling, screening for sexually transmitted diseases, condoms etc.

On the side of the direct beneficiaries, the young people who attend the Rutegama health center expressed their gratitude to the Netherlands Embassy in Burundi for having financed the joint program: Diane Munezero, a young volunteer in Rutegama affirmed in front of the delegation of the Netherlands Embassy that thanks to the joint program, she and other young people of her locality benefited from a lot of trainings which helped them to have a goal in their life. “With Menyumenyeshe, we have benefited from trainings that have enabled us to know how to work together in solidarity groups. We do savings and credit between young people in and out of school. Today, in order to earn some money, we make reusable and washable sanitary napkins to face the menstrual insecurity in our communities.  After having benefited from training with the Menyumenyeshe program, we trained other young girls. Today, there are more than 75 of them, on four hills, who know how to make the said sanitary napkin. We have acquired knowledge that has allowed us to change our mentalities in relation to sexual and reproductive health. Thank you to Care International Burundi and Iprosarude, they were very patient, they accompanied us well.  “She hammered.

It is reported that after the joint program Menyumenyeshe, the Netherlands Embassy in Burundi is funding another project called “Tubakarorero”. A project that aims to help young people, couples and their families to use SRH information and services in a favorable socio-economic environment and gender equality, without contradictions and supported by major influencers.